Lucy Young Boris Johnson has said the police should treat people with “fairness and equality” after Labour MP Dawn Butler accused officers of racially profiling. The former shadow equalities minister was a passenger in her friend’s BMW on Sunday when she stopped by Metropolitan Police officers in Hackney, east London. […]

Boris Johnson has said the police should treat people with “fairness and equality” after Labour MP Dawn Butler accused officers of racially profiling.

The former shadow equalities minister was a passenger in her friend’s BMW on Sunday when she stopped by Metropolitan Police officers in Hackney, east London.

Ms Butler, who recorded a video of the incident, said she and her friend, who is also black, had been pulled over simply for “being black and driving a nice car”.

Scotland Yard said the stop was a result of an officer having “incorrectly entered” the car’s registration plate into a computer to wrongly identify it as a vehicle registered to Yorkshire, but did not explain why the search was carried out in the first place.

Speaking during a visit to a school in east London, the Prime Minister said: “The police have made a statement saying that they made a mistake.

Ms Butler responded, saying: “The problem is that currently every part of the community is not being served with fairness and equality.

“The police are policing not on intelligence or reasonable suspicions, they are using bias and they are stereotyping and they are making assumptions. That is not helping society and it is also not helping communities that we need to engage with.

“That’s why it’s important that now is the time to get the work done to ensure that the recommendations from the Macpherson report, 20 years on, are carried out to the full.”

Earlier today, Ms Butler said she had been the victim of “racist trolls” online after speaking out about the police stop.

Twitter users claimed that her friend, who was driving, was white. Ms Butler, the MP for Brent Central, in north west London, said this morning that was not the case.

Hitting back at a deluge of online abuse, she tweeted: “Good morning twitter I see the racist trolls are going crazy with conspiracy theories.

“Someone who claims to be an ex police officer is challenging me to a debate.

“No need waste my time as I’m speaking to current police officers. Working together to make the system better.”

Ms Butler’s footage of the stop showed an officer saying police were carrying out searches because of “gang and knife crime”.

Ms Butler told the officers: “It is really quite irritating. It’s like you cannot drive around and enjoy a Sunday afternoon whilst black, because you’re going to be stopped by police.”

In the video, one officer says the initial search returned a car of the same make, model and colour but registered to North Yorkshire. Ms Butler was sceptical of this, asking for the police to share the registration they initially searched for to see how it returned such a similar car.

This week Ms Butler was named by Vogue magazine as one of the 25 most influential women shaping 2020 for her support of Black Lives Matter protests.

She described her backing of the anti-racism movement as having led to threats of attack on her office and staff having “drastically escalated”.

A Scotland Yard statement said: “Once the mistake was realised the officer sought to explain this to the occupants, they were then allowed on their way.”

9 Best Grocery Delivery Services That Are Worth the Money

Mon Aug 10 , 2020
Grocery and meal delivery services are a convenient way to reduce trips to the supermarket — and spending on those unnecessary items that sneak their way into your cart as you shop. What’s more, these services make it possible to shop when it’s most convenient for you, whether it’s in […] 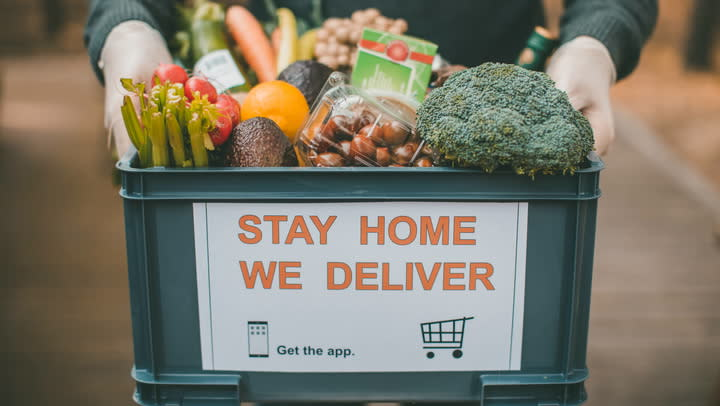