HICKSVILLE, NY — A Black-owned, drive-in movie experience is coming to the Broadway Commons mall in Hicksville, featuring blockbuster films such as “Remember The Titans” and Marvel’s “Avengers” series. Tiffany Reveyoso and her partner Davon Woodard, both students studying accounting at St. John’s University, launched Quarantine Entertainment this summer and […]

HICKSVILLE, NY — A Black-owned, drive-in movie experience is coming to the Broadway Commons mall in Hicksville, featuring blockbuster films such as “Remember The Titans” and Marvel’s “Avengers” series.

Tiffany Reveyoso and her partner Davon Woodard, both students studying accounting at St. John’s University, launched Quarantine Entertainment this summer and plan to hold their first show Friday, July 17, on a 40-foot by 20-foot screen.

Tickets are on sale now, and customers will be able to choose from an array of dinner options through participating restaurants, such as pizza, burgers, chicken, empanadas, tacos, enchiladas, chips or even a queso bowl. Patrons can also play bingo, all from the safety of their car.

Customers must buy a dine-in package online in advance — tickets will not be available at the movie site. For the July 17 event, vehicles can enter the parking lot at 6:30 p.m. and dinner will be served at 7 p.m. Bingo will begin at 8 p.m. and the film will begin at 8:45 p.m.

A portion of all ticket sales will be donated to the Thurgood Marshall College Fund, the only national organization in the country that represents America’s 47 publicly-supported Historically Black Colleges and Universities and the nearly 300,000 students that attend them each year.

Reveyoso, a native of Prince George’s County, Maryland, who moved to Glen Cove and graduated from Glen Cove High School, told Patch in a phone interview Wednesday she and her boyfriend are movie buffs who enjoy the opening night theater experience. But the coronavirus forced New York officials to shut down non-essential businesses to curb the spread of the COVID-19 disease, which has infected over 40,000 people in Nassau County, including 1,016 in Hicksville and 931 in Glen Cove as of Tuesday evening.

“With quarantine shutting down AMC theaters, we were at a loss for one of our favorite past times,” she said.

Feeling a void in their life, she saw a business opportunity, and launched the aptly named Quarantine Entertainment. Reveyoso, 22, recalled how her mother fondly remembered visiting drive-in movie theaters in the 1950s and ’60s.

“It was an experience my mom was telling me about that she got to experience as a young individual in Georgia,” she said. “With quarantine and everything, I thought that’s something we haven’t seen in a long time and we could bring back.”

Launching a business is no small feat when the planet isn’t grappling with a global pandemic. Doing so in the current environment has come with a unique set of obstacles.

For starters, Reveyoso hasn’t physically seen any of the new people she’s working with.

“I have not met any of the people I’m working with in person,” she said. “That’s been a big obstacle.” All her business has been conducted by phone, so far, including the venue, restaurant and even the company that will set the stage. Some are in other time zones.

She’s found some trouble finding staff willing to work during the pandemic, and even has to draft a parking lot diagram showing exactly where each car will be situated to ensure they’re abiding by the state’s mandatory social-distancing guidelines.

And unlike when her mother used to go to the movies, there won’t be a speaker attached to a pole in the ground where cars can hear the audio to the movie. Vehicle radios will instead have to remain activated and set to a certain station on the day of the event. Even Reveyoso won’t know until that day what station the movie audio will play through, and she’s weighing whether to ask that cars remain idling to avoid a cluster of dead batteries.

“Overall it’s been a very positive experience,” she said. “The community is excited. I’m excited. I can’t wait for it to come off.”

And being a young, Black business owner, she wants other people of color to know they can do, too.

“I want people to know it just because it’s an opportunity that really anybody could’ve come up with,” she said of promoting Quarantine Entertainment as a Black-owned business. “At the same time, I feel like Black-owned just lets other people and younger kids know that if you have an idea, you can put some energy behind it and try to make it real.”

Marketing it in such a way also lets the community know she owns the business and that money is going back into the community.

This article originally appeared on the Hicksville Patch

Parking meter enforcement to resume in San Francisco, at a discount 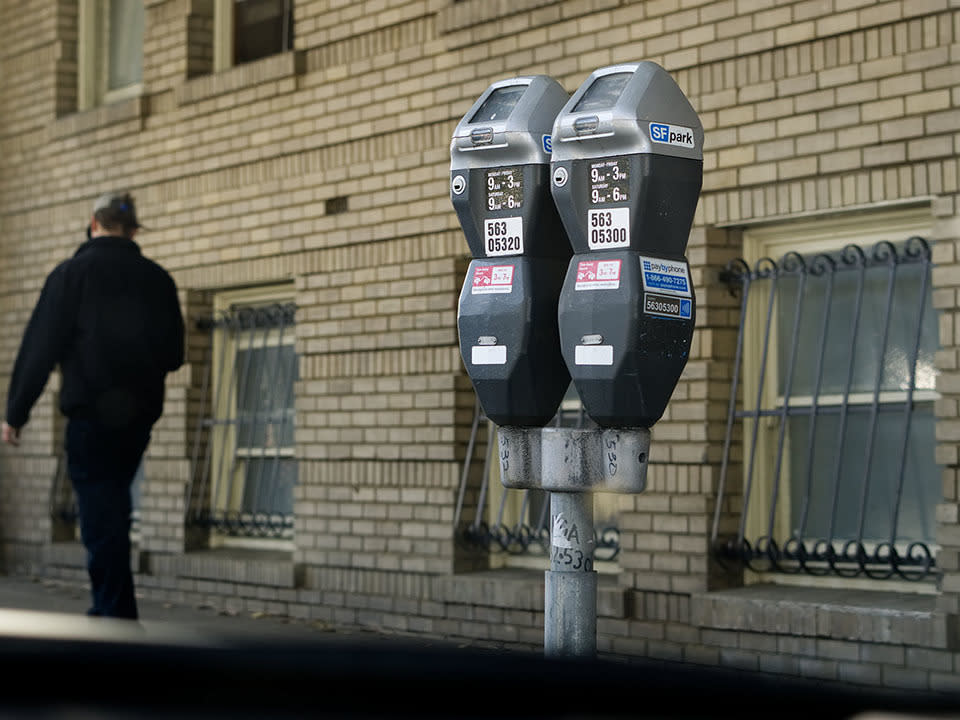