As back-to-school time inches closer and the debate over how –or if– students should return to classrooms this school year rages on, former vice president and presumptive Democratic nominee Joe Biden laid out his “roadmap to reopening schools safely,” Friday afternoon, calling on Congress to provide an influx in funding […]

As back-to-school time inches closer and the debate over how –or if– students should return to classrooms this school year rages on, former vice president and presumptive Democratic nominee Joe Biden laid out his “roadmap to reopening schools safely,” Friday afternoon, calling on Congress to provide an influx in funding to help get students back into the classroom.

“Everyone wants our schools to be open. The question is how to make it safe, how to make it stick. Forcing educators and students back into a classroom, into areas where the infection rate is going up or remaining very high is just plain dangerous,” Biden said in a video released along with his plan.

The former vice president laid out five areas of focus in his roadmap, including insuring schools have the funding needed to allow for in-person learning for students, calling on Trump and Senate Republicans to allocate the $58 billion for local school districts to stabilize public education that was included in the House-passed HEROES Act.

Biden also calls for an additional $30 billion emergency funding package to “ensure schools have the additional resources they need to adapt effectively to COVID-19.”

“If you don’t have that capacity, I think it’s too dangerous to open the school,” Biden said in an interview this week, referring to schools’ ability to create a socially distant learning environment for students and teachers. “That’s why we need some national leadership to lay out what the conditions for opening schools, and what makes them safe.”

Along with the emergency funding, Biden also calls for $4 Billion to be allocated for technology improvements, including broadband internet access.

The former vice president’s plan would also create “basic, objective criteria to guide state, tribal, and local officials in deciding if and how reopening can be managed safely in their communities,” through the Centers for Disease Control and other federal agencies, and create a White House-led initiative to craft policy solutions​ that address gaps in education for low income students and communities of color that have come into focus amid the coronavirus pandemic.

Biden’s plan comes amid a strident push from President Trump and his administration for schools to fully reopen this fall despite lingering public health concerns and a surge in COVID-19 cases across several states.

“The science is on our side here. And we encourage for localities and states to just simply follow the science, open our schools. It’s very damaging to our children,” McEnany said.

The Centers for Disease Control and Prevention (CDC) released guidelines earlier this month for reopening amid coronavirus concerns, advising schools to keep desks placed six feet apart, to close communal areas like cafeterias and playgrounds and to have children use face coverings and schools.

But those guidelines were swiftly criticized by President Trump as “very tough,” and “expensive,” leading the CDC to begin working to craft a new set of recommendations, which have yet to be released.

In a fact sheet accompanying the plan, Biden’s campaign excoriated the Trump administration for failing to craft a plan quickly enough to get the virus under control so that can get students back into the classroom safely, and advocated for a cautious approach that gives states and localities flexibility.

“We had a window to get this right. And, Trump blew it. His administration failed to heed the experts and take the steps required to reduce infections in our communities. As a result, cases have exploded,” the fact sheet stated. “If we do this wrong, we will put lives at risk and set our economy and our country back.”

(MORE: How the country’s largest school systems, NYC and LA, are planning for the fall amid the pandemic)

The plan also comes as two of the nation’s largest public school systems have already announced significant adjustments to their school years amid the ongoing pandemic.

Biden launches ‘roadmap’ for reopening schools as Trump calls for return to the classroom originally appeared on abcnews.go.com

how to stay safe as UK cycle sales soar

Sat Jul 18 , 2020
Photograph: DWD-photo/Alamy The coronavirus crisis has resulted in Britons buying bikes in huge numbers, but in tandem with increased sales has come an epidemic of theft. Insurers are warning that claims have leapt by 46% in the past seven weeks compared with last year. In April, at the height of […] 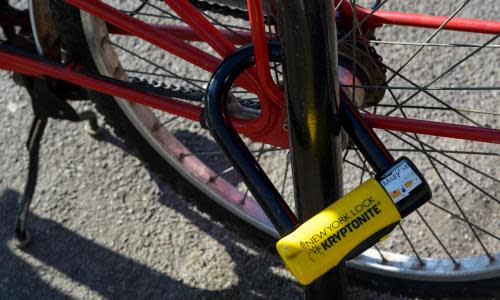