Commercials sell dreams — good dreams, bad dreams, sometimes both at once. Advertising, which runs the world to an extraordinary extent, is powered by hope and fear, drawing you toward the light, chasing you with darkness — the hope for the good life the product promises, the fear that without […]

Commercials sell dreams — good dreams, bad dreams, sometimes both at once. Advertising, which runs the world to an extraordinary extent, is powered by hope and fear, drawing you toward the light, chasing you with darkness — the hope for the good life the product promises, the fear that without it, you’re sunk. Use this cream and become beautiful; buy this car and be a man; take this pill and live forever. Vote for me and all will be well; vote for my opponent and open the Hellmouth.

Nowadays, of course, many feel that the Hellmouth is open about as wide as it can go. The chaotic singularity of the Trump administration (and the moderate acceptability of Joe Biden) has led to organized opposition from within the ranks of the Republican party, groups with names like the Right Side PAC and Republican Voters Against Trump, which counts conservative columnist Bill Kristol as an advisor and produced a television spot, “It’s OK to Change Your Mind,” that featured 2016 Trump voters expressing their disillusionment.

Far and away the busiest group on that front, with the highest media profile, is the Lincoln Project, whose members include George Conway, op-ed-writing husband of Trump counselor Kellyanne Conway; former GOP strategist and media consultant Rick Wilson, author of “Everything Trump Touches Dies”; and MSNBC commentator and former GOP strategist Steve Schmidt.

Its profile rose in May when a spot called “Mourning in America,” playing off Ronald Reagan’s 1984 “Morning in America” campaign, aired during Tucker Carlson’s Fox News show. That prompted Trump to attack the Project as a “group of RINO Republicans who failed badly 12 years ago, then again 8 years ago, and then got BADLY beaten by me, a political first timer” trying to “get even for all of their many failures.”

Appearing online and occasionally on television since January — a slow drip at first, an open faucet now — Lincoln Project ads bear titles like “Betrayed,” “Unfit,” “Dystopia,” “Distracted,” “Mumbling” and “Trump Is Not Well.” A few are funny, some are folksy and most are blunt — as in “a blunt instrument” — and can afford to play rougher than what comes straight out of the Biden campaign, where the text runs along the lines of “It’s the values we pass around the kitchen table we remember all our lives” and “To heal this kind of suffering doesn’t take force, it takes empathy and understanding.” The Lincoln Project is fine with replaying the president’s West Point ramp descent. (It also has produced a Biden spot, “Ready,” that promotes him as “a bipartisan leader who puts good ideas ahead of party politics.”)

This kind of surrogacy is a familiar campaign tool, but rarely across party lines. Given that the president has been belittled and ridiculed and just held up to the light for years on late-night television (and every minute of the day on social media), what makes the Lincoln Project’s ads different is that they come from self-identified Republicans, distancing themselves from Trump and Trumpism if not necessarily from the party (though some have given it up as permanently lost).

Indeed, knowledge of their source is key to persuading other discontents to jump the wall. And, as has been observed, the ads are even more precisely crafted to get under the thin skin of an audience of one, which would seem to be a matter of pleasure as much as of politicking.

Built up from news and library clips, overlaid with graphics and horror-movie music cues, they are not fancy. They contrast Trump with heroic figures from the right, like Reagan and Dwight D. Eisenhower, and the honored left — FDR, MLK, JFK, RFK — while linking him to the likes of segregationist George Wallace.

In “Betrayed,” released June 30, Dr. Dan Barkhuff, a former emergency room doctor and NAVY Seal, addressed reported Russian bounties for killing American soldiers in Afghanistan: “You’re either a coward who can’t stand up to an ex-KGB goon, or you’re complicit; which is it? … I’m a pro-life, gun-owning combat veteran and I can see Trump for what he is, a coward.” Spots take on the Confederate flag (“the flag of hate, division and losers”), anti-mask protesters, Fox News and far-right evangelicals who see this POTUS as a figure of scriptural fulfillment.

Perhaps the most direct, personal assault on the president’s … manhood is “Shrinking,” released after the Tulsa rally debacle. (Rapid response is a characteristic of these spots.) Where most Lincoln Project spots use male narrators, here a woman comments on the size of Trump’s crowd: “You’ve probably heard this before, but it was smaller than we expected. It sure wasn’t as big as you promised. … We’ve seen that you can’t keep your polls up. … Can’t deliver. Slow, weak, low energy, just like your presidency. Just like you.” You see what they did there.

(Although the Project’s project has been met with some glee from the left, Wilson caught some heat from one host of the CBS All Access semi-animated public affairs comedy “Tooning Out the News”: “Rick, how rewarding is it to win over the people you’ve demonized your entire career?”)

Professionally a human billboard making vague promises of a superior lifestyle, Trump is all brand. Although the products to which he has affixed his name are aspirational in their often tacky, sometimes fraudulent way, his main pitch as a politician has been rooted in negativity and even violence. There is an undercurrent of aggression in the very slogan “Make America Great Again,” and from inauguration forward the Trump presidency has promoted an Us-versus-Them worldview — they are coming for you, the immigrants, the looters, the “radical left” — even while insisting things are better than ever. “You’re fired” was his cheery catch phrase on “The Apprentice” and seemingly remains so in the White House.

Advertising, like politics, is spin. Everybody does it. But the present administration has made a habit of it, deliberately undermining faith in demonstrable facts while pushing theories based in air. Indeed, advertisements for commercial products are held to a higher legal standard of the truth than is the president, whose lies and misstatements are calculated in the thousands. That he often couches his grievance in a kind of shoulder-shrugging, eye-rolling clownishness that in less dire circumstances might seem charming, even to an opponent, makes him an effective salesman to those already more in the market for a moat than a welcome mat.

It also makes him ripe for mockery — an essential part of the political toolkit since ancient times. Like hope and fear, comedy also may be used to sell you something, to draw you near or to put you off. And while satire may sharpen an issue or shape an opinion, it also frees you for a moment from the weight of current events and whatever rage they may ignite in you: “We may be doomed, but for as long as this laugh lasts, I feel good.”

When future historians get out their clay tablets to write the story of 2020, let them remember the name of Sarah Cooper, who mocked the Mocker in Chief in his own voice but with her face. Cooper, if you don’t know her work, has become famous miming to audio of Trump in videos posted on social media platforms like Twitter and TikTok; as in many Lincoln Project videos, and any random late-night TV monologue, Cooper uses his words against him — Trump’s rhetoric is often wayward and he has his way with the language just as he does with facts. “Trump is an amazing comedy writer without realizing it,” Cooper told the Times’ Greg Braxton recently.

Cooper’s portrayals just barely push into caricature; her Trump is livelier than Trump himself, but past some fearful eye darting, or demonstrating how and where one might inject bleach into one’s body, or falling asleep in long pauses between utterances, they are not particularly exaggerated. It would be too much to call them friendly, but they have that curious element of sympathy that occurs whenever an actor gets inside a character, which distinguishes it from Trump’s own brand of name-calling humor.

Mistranslations, or amplifications, that somehow get to the actual heart of matter, they are inherently political — that Cooper is a Black woman adds a layer of unspoken commentary — but in practice they are just funny. (Shot on a a cellphone, they also possess what might be called quarantine cleverness appeal.) For a sound bite, having Cooper lip-sync you is like playing the Palace.

But will the needling move the needle?

Highly paid professional marketers work forever on a product or campaign only to find they have come up with a flop. New Coke was such a failure that conspiracy theories immediately arose as to why it had been created in the first place. A 2017 Pepsi ad, set against a protest march, in which Kendall Jenner offered a pop to a cop, blew up in the company’s face like a well-shaken can of soda.

Who knows how any of this will or won’t affect the November election? Who knows if the election will even be an election, or for that matter if there’ll be a November? The actual effectiveness of these campaigns will be impossible to reckon until people actually vote, or don’t, then submit to whatever postmortem surveys anyone may still have the energy to mount.

In the meantime, they are here for you to enjoy, ignore or tweet about. 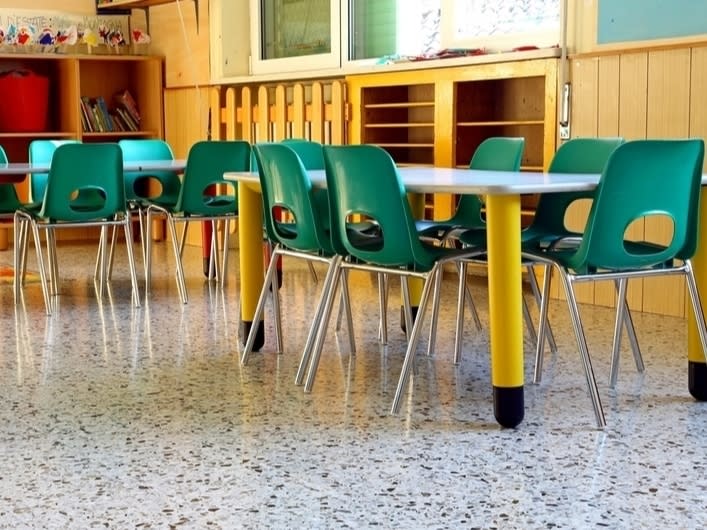