LOUISVILLE, Kentucky (AP) — With only one polling place open on election day this week in Louisville, Kentucky, voting went relatively smoothly compared with other recent primaries held amid the global pandemic. Does that mean other cities should consider the same in November? Voting rights groups say no. They caution […]

LOUISVILLE, Kentucky (AP) — With only one polling place open on election day this week in Louisville, Kentucky, voting went relatively smoothly compared with other recent primaries held amid the global pandemic. Does that mean other cities should consider the same in November?

Voting rights groups say no. They caution that just because Kentucky’s largest city didn’t have excessively long lines for the primary doesn’t mean other cities should scale back polling locations — even if they expand access to absentee ballots — and contend that, among other reasons, more polling places are needed to handle higher turnout likely in the fall general election.

“Offering just one site on election day presumes we have reached everyone, and we don’t have to work as hard on election day, and that thinking is dangerous,” said Kristen Clarke, executive director for the Lawyers’ Committee for Civil Rights Under Law. “In the primaries, we’re just getting a taste of what turnout will look like in November.”

Kentucky’s top election official, Republican Secretary of State Michael Adams, agrees. Adams said he advised counties not to reduce polling places to the extent they did in the primary, but those decisions were made by local officials and the state Board of Elections.

“I’m glad it went off without a hitch, but the fact is we’re going to have twice the turnout in November that we had in June, or more,” Adams said in an interview Thursday. “We just cannot have so few voting locations.”

Local election officials have been dealing with unprecedented voting disruptions caused by the pandemic, as poll workers have dropped out over fears of catching the virus and locations like senior living communities and nursing homes have said they no longer want to serve as polling places.

The shortages prompted local officials to consolidate polling places across the country for the primaries. In recent months, voters saw protracted wait times in places including Atlanta, Milwaukee and Las Vegas. In Milwaukee, officials closed all but five of the city’s 180 polling places, resulting in people standing in line for two hours.

“In the best of times, really long lines are deterring and disenfranchising. In the time of the coronavirus, long lines can be deadly,” said Myrna Perez, director of the voting rights and elections program at the Brennan Center for Justice at NYU School of Law.

Ahead of Kentucky’s primary Tuesday, Adams and Democratic Gov. Andy Beshear crafted a plan to expand absentee voting and set up an online system to request ballots. Adams said the bipartisan nature of the agreement and the fact that decisions were made two months ahead of the primary contributed to a smooth election in which an estimated 75% of voters cast absentee ballots — up from the usual 2%.

Voting experts praised the bipartisan effort and early planning, saying those should be the key lessons from the Kentucky election rather than reducing polling places because it is impossible to know how many people found it too difficult to get to the Kentucky Exposition Center, the lone voting site for Jefferson County’s roughly 616,000 registered voters.

And the site was not devoid of problems. A court order extended voting hours by 30 minutes after people reported difficulty parking at poll close. That ended in a dramatic scene, captured on video, of voters banging on locked doors, demanding to be let in.

Just over an hour’s drive east along Interstate 64 in Lexington, Kentucky, voters experienced 90-minute waits to cast ballots at the one polling place open in Fayette County.

Local officials in Louisville and Lexington both said having just one polling place would not be the best option for November. Fayette County Clerk Don Blevins urged state officials to issue guidelines for the fall election as soon as possible.

“I wish they would make a decision today,” Blevins said. “If we wait till six weeks before the election again, there is no way we could pull that off.”

Typically, state laws provide rules that govern decisions on polling places, but the health emergency has required some flexibility.

In Nevada, Secretary of State Barbara Cegavske ordered county election officials to send absentee ballots to registered voters ahead of the state’s June 9 primary and sharply reduced the the number of polling places, suggesting one per county. Democrats challenged that for the Las Vegas metro area, leading to an agreement to have three sites open on election day for the county’s 1.1 million registered voters.

The last voter there cast a ballot at 3 a.m. the next day, eight hours after polls were supposed to close.

Experts say what happened in Nevada underscores that, even when absentee ballots are sent directly to voters, there is still demand for in-person voting. It also provides a crucial backstop for voters who may have not received a mail-in ballot after requesting one or who missed the application deadline.

In California, state lawmakers passed a law directing election officials to send absentee ballots to 20.6 million registered voters for the November election but also required that a polling place be open on election day for every 10,000 registered voters.

“It’s trying to preserve that balance: maximum accessibility for voters while being realistic about the challenges that election officials face,” California Secretary of State Alex Padilla said.

In Louisville on Tuesday, local groups provided free transportation to the Expo Center.

Lyndon Pryor with the Louisville Urban League, which provided some 50 rides for voters, said he worried transportation was an obstacle for some and hopes the state will do more in November to increase access.

“We can acknowledge that the state did some things to be able to make voting easier,” Pryor said. “But at the same time, those things did not necessarily remove all the barriers, and in some instances, they created more barriers.”

Sat Jun 27 , 2020
Stevie Wonder is leaving no doubt about what he thinks of Donald Trump’s racist rhetoric. The music icon recalled just some of the president’s past offensive statements — from calling anti-racism protesters “thugs” to describing Haiti and African nations as “shithole” countries — in a powerful five-minute monologue, titled “The […] 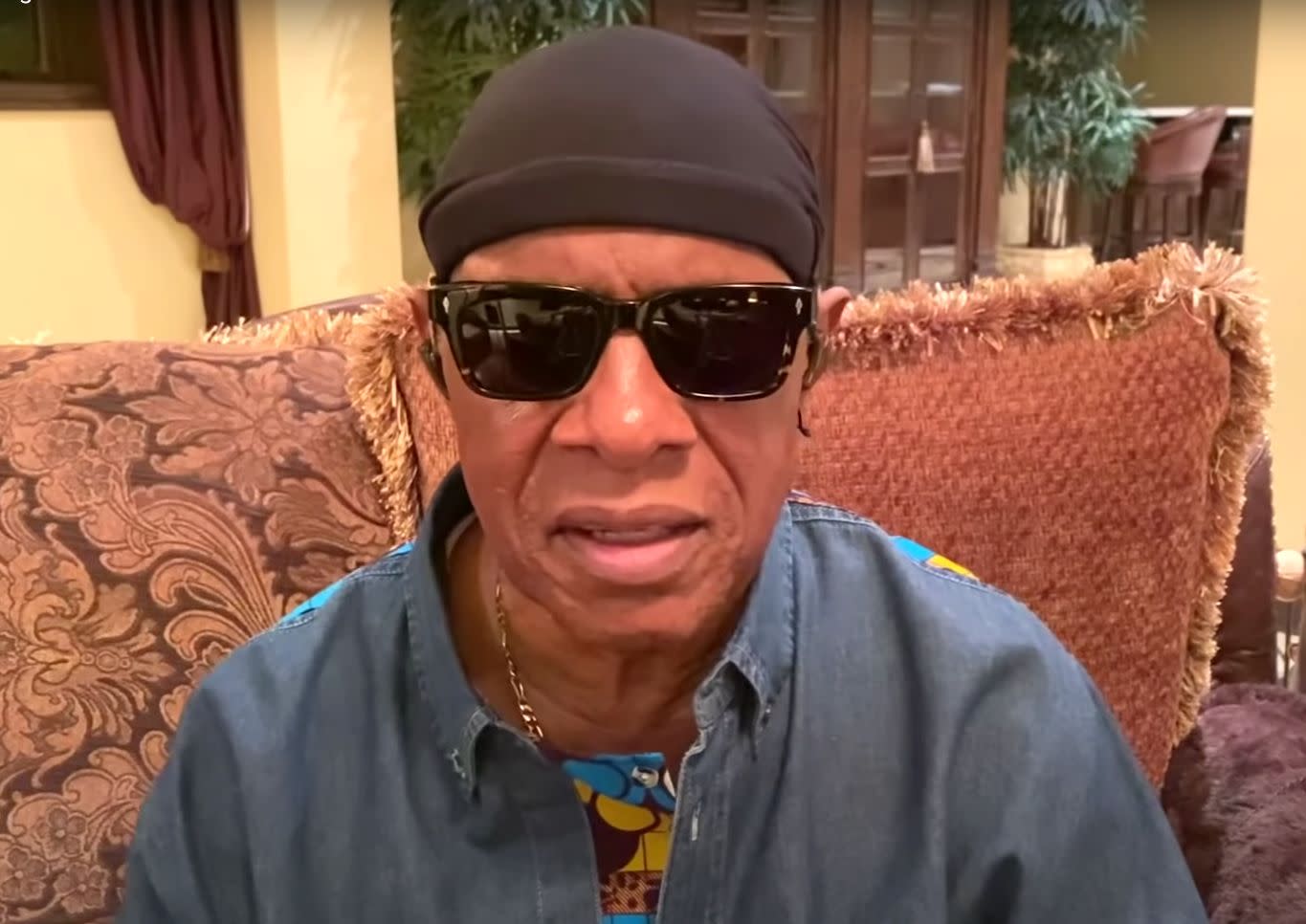