Joanne Millar store manger of Joules in Belfast places a sign in the shop window advising customers that face masks must be worn at all times as face coverings are now compulsory for shoppers. Liam McBurney/PA Images via Getty Images An Arizona man was forcibly carried out of a grocery […]

An Arizona man was forcibly carried out of a Sprouts grocery store after the man shouted profanities at an employee following a dispute about face-mask wearing a mask, AZCentral reported.

The encounter occurred on Saturday and a video of the incident went viral on Twitter. A spokesperson for Sprouts confirmed the incident to Insider.

“These people won’t learn,” the man yells at a Sprouts worker in the video. “You are a bunch of idiots wearing masks. You know it’s not real.”

As the man gets close to an employee, another person gets between them and several other customers appear to intervene.

In the video, another man begins to push him toward the door, before eventually carrying him out of the store.

A spokesman for the grocery store told Insider that the company has a mask policy requiring anyone over the age of 2 to wear a mask while in the store.

“While we are unable to elaborate on details due to a pending investigation, we can confirm this event took place in our Tucson location on River Road on Saturday, Aug. 8. Following company guidelines, Sprouts management did not physically engage with the individuals, but instead notified local police of the disruption before the individuals exited the store.” the spokesperson told Insider.

“Sprouts offers a number of accommodations for those who may be unable or unwilling to wear a mask or face shield, including personal shopping options for those who are medically exempt, as well as online ordering for curbside pickup and delivery,” the spokesperson added.

This isn’t the only incident where store employees got into an altercation with customers while trying to enforce mask rules.

Last month, Walmart announced an official policy requiring shoppers to wear masks after multiple altercations including an incident where a Louisiana man was arrested for assaulting a police officer with a vehicle after he was asked to leave a store, according to an arrest report.

“You can’t make me wear a f—ing mask,” Ricky Taylor said to the officer. Taylor then backed into the officer twice as he was trying to write down his license plate number, Fox 59 reported.

Residents in Arizona previously told Insider they were concerned that other residents weren’t taking masks seriously and contributing to what was then surging cases in the state.

Maricopa County resident Gary Rowe, whose daughter works in a hospital, told Insider in June that he was frustrated when he saw people in businesses not wearing masks.

Rowe said he has approached people in grocery stores and asked them to put on a mask. He said he is usually met with the response that it is none of his businesses or it’s their constitutional right not to wear a mask.

How to recession-proof your finances

Wed Aug 12 , 2020
Pexels The UK economy is officially in recession for the first time since the financial crisis ten years ago. The economy plunged by 20% between April and June as the pandemic shuttered businesses and kept people locked up at home. More jobs are likely to be lost and personal finances […] 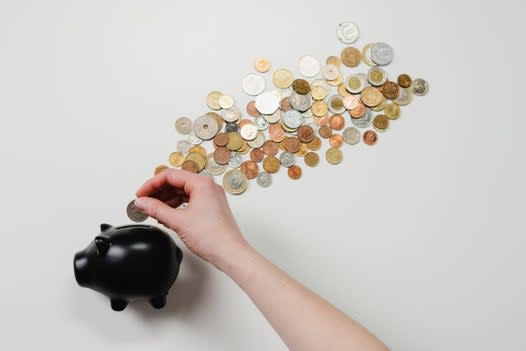