Cars are a necessary part of modern life. In fact, about 95% of U.S. households own at least one vehicle, according to the federal government. © Kryuchka Yaroslav / Shutterstock.com Unhappy car driver Unfortunately, cars are expensive — to buy, insure and maintain. You can cut down on the last […]

Cars are a necessary part of modern life. In fact, about 95% of U.S. households own at least one vehicle, according to the federal government.


Unfortunately, cars are expensive — to buy, insure and maintain. You can cut down on the last of these costs by avoiding the following costly car care blunders.

This might not seem like a big deal, but it is. Tires that are not properly inflated reduce your gas mileage and result in uneven wear. But more importantly, they can make you more vulnerable to an accident.

According to Esurance, underinflated tires leave you at a three times greater risk for a serious crash.

So, check your tire pressure regularly — we offer pointers in “8 Car Repairs and Maintenance Tasks You Can DIY.” That will protect your life and help you avoid high repair bills.

Several years ago, CarMD surveyed a group of Automotive Service Excellence (ASE)-certified Master Technicians and asked which car maintenance mistake was worse than any other.

Their answer? Putting off scheduled or recommended maintenance.

Yes, it can be expensive to regularly maintain your vehicle according to factory requirements, a list of which you usually can find in your car’s manual. But failing to pay a little for preventive maintenance now can result in thousands of dollars of more substantial repairs down the road.

So, take care of your car by sticking to the factory schedule. If it sounds expensive, make your vehicle earn its keep by putting it to work via car-share services such as Turo or Getaround.

3. Not replacing your timing belt

Your car’s timing belt is more important than you might think. Without it, the car’s camshaft and crankshaft will not turn in harmony, and your engine will not run.

So, you need to get the belt replaced before things go wrong. Your owner’s manual will tell you exactly when to do it. Typically, that is going to be between 60,000 and 100,000 miles. Don’t put this off.

“Changing your timing belt on a regular basis is a must. If the belt snaps, engine damage could be extensive, especially in cars outfitted with an interference engine.”

If your car has the latter type of engine, a snapped timing belt can be “financially catastrophic, requiring thousands of dollars in repairs or a complete engine replacement” NAPA says.

Related: 28 Things You Should Never Pay For — and How to Get Them for Free

4. Not replacing your radiator hoses

Over time, radiator hoses begin to show wear. They can crack and eventually leak. These hoses are essential to keeping your car’s cooling system working properly. If the hoses fail, your engine may overheat, resulting in costly repairs.

So, keep an eye on those hoses. Open the hood and look for cracks, holes, swelling and other anomalies. Also, look for green-colored puddles beneath the car, which likely indicate leaking coolant.

5. Putting off changing the oil

Surely, nobody is surprised to see this item make the list. If you know almost nothing about cars, you probably still understand the importance of this most common of car maintenance measures.

The oil in your car keeps the engine lubricated. If it wasn’t there, metal parts would come into contact with one another inside the engine. The result would not be pretty — for the car or your wallet.

An oil change removes old, gunky oil — which can cause costly damage to your engine and shorten its life — and replaces it with fresh oil.

How often do you need to change the oil? Possibly not as frequently as you think. According to Consumer Reports:

“Some swear by the ‘every 3,000 miles or every 3 months’ rule, but advances in engines and oil have made that guidance obsolete. Many automakers have oil-change intervals at 7,500 or even 10,000 miles and 6 or 12 months for time.”

6. Forgetting to wash your car

Salty, ocean air can corrode car paint, as does the road salt laid down during winter snowstorms. Tree sap and bird droppings also can wreak havoc with your car’s exterior. So, wash your car regularly.

This maintenance blunder can cost you hundreds or even thousands of dollars when you try to sell or trade in the car. A car with a poor exterior appearance is unlikely to get you top dollar.

Your car counts on you to care for it. So, give that old jalopy the VIP treatment by never settling for inferior parts.

Replacement parts typically fall into one of two categories: original equipment manufacturer (OEM) or aftermarket. OEM parts are more expensive, but they “look better, fit better and typically work better than aftermarket parts,” according to the North Carolina Consumers Council.

That nonprofit says you should be particularly wary of aftermarket windshields. It compared OEM windshields to aftermarket versions, and found that the latter often came up short:

“Some had debris embedded between the layers of glass directly in the line of sight. Most quickly developed a lot of … chips after only a few thousand miles, chips that the OEM glass didn’t accumulate in 20,000 to 40,000 miles.”

Sat Aug 15 , 2020
After consultation with state and IU officials, IndyCar set a regulation whereby team members need to depart the IMS paddock by 7.30pm each evening, to combat potential exposure to COVID-19 by reducing the number of people on site as swiftly as is reasonable. However, the extensive damage to the #66 […] 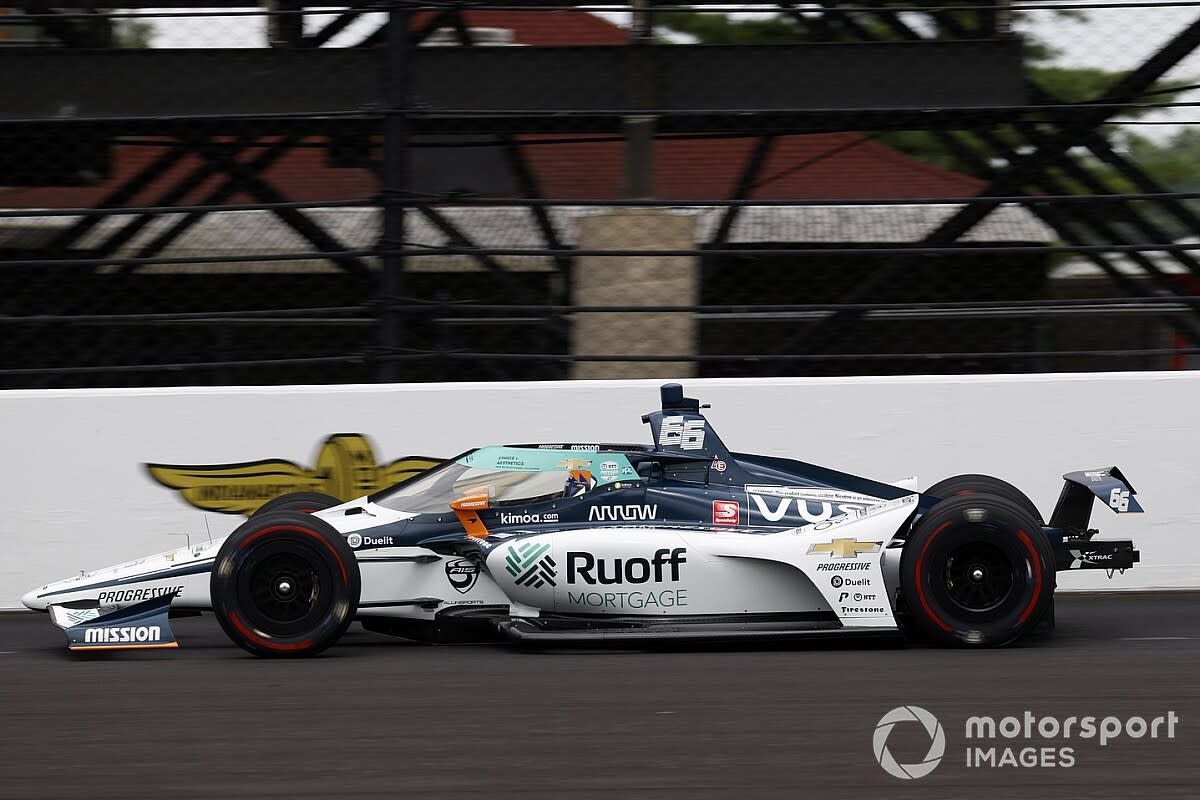